Road Rage Can Play a Huge Role in Driving Accidents 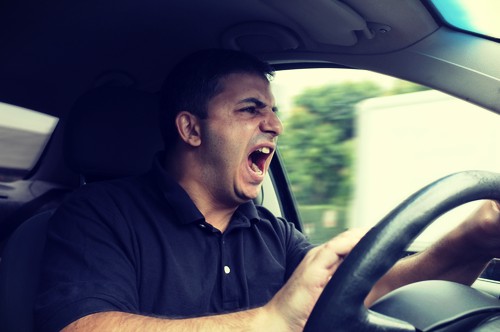 The AAA Foundation for Traffic Safety has just released a new report about the prevalence of road rage on our roadways. Nearly 80% of those surveyed admitted to engaging in aggressive driving behaviors sometime in the last year. Aggressive driving includes a multitude of behaviors, such as speeding, yelling or gesturing at another driver, tailgating, blocking lanes of traffic, or preventing another driver from making a lane change.

Road rage is usually defined as angry or aggressive actions taken by one driver toward the driver of another vehicle in order to intimidate. The most serious aggressive driving behaviors are evidence of road rage. Road rage is certainly distracting and dangerous in all its forms, but the new report from AAA highlights a few very extreme behaviors that are apparently more common than one would have thought.

Past studies have shown aggressive driving to play a role in almost two-thirds of all vehicle accidents. The AAA report provides further clarification as to why this may be so. Over half of those surveyed tailgate another driver intentionally, either out of anger or frustration. Obviously, this increases the risk of rear-end collisions and spinal injuries that are common results of this type of accident. Rear-end collisions can also turn deadly, particularly for those in mini-vans or other vehicles with rear seats and a small crumple zone.

Other common aggressive driving behaviors undertaken by survey respondents include:

Some more extreme behaviors are clearly indicators of road rage and create serious and immediate risk of a motor vehicle crash. In these instances, drivers are literally using their vehicles as a weapon of sorts. It’s easy to assume such drivers are rare and best exemplified by funny scenes in movies, like when Clark Griswold gets into a roadway battle en route to picking out the family tree in Christmas Vacation. Unfortunately, a quarter of survey respondents have used their vehicles to block another vehicle from changing lanes, and 12% have cut off another vehicle intentionally.

Most concerning of all are the 3% of respondents who have actually used their vehicle to physically ram or bump another vehicle in an attempt to intimidate the other driver or express their own anger. That’s more than 70 people out of a sample of 2,705 drivers admitting to such behavior, and many of them are admitting it has happened more than once in the last year! If we were to generalize these numbers to the entire population of the United States, it would result in nearly 6 million drivers in the United States who find it acceptable to ram or bump other vehicles. This is dangerous, and no doubt plays a role in many vehicular accident injuries and traffic fatalities each year.

If you or a loved one were injured in a car accident as a result of someone else’s aggressive driving or road rage, the experienced car accident attorneys at Rhoads & Rhoads can help. We have a long history of fighting for the rights of those who have been injured in car accidents. Call us today at 888-709-9329 for a FREE consultation and start on the path toward the justice you deserve.