Home / Blog / Can A Pedestrian Be Found At Fault In A Kentucky Car Accident?

Can A Pedestrian Be Found At Fault In A Kentucky Car Accident? 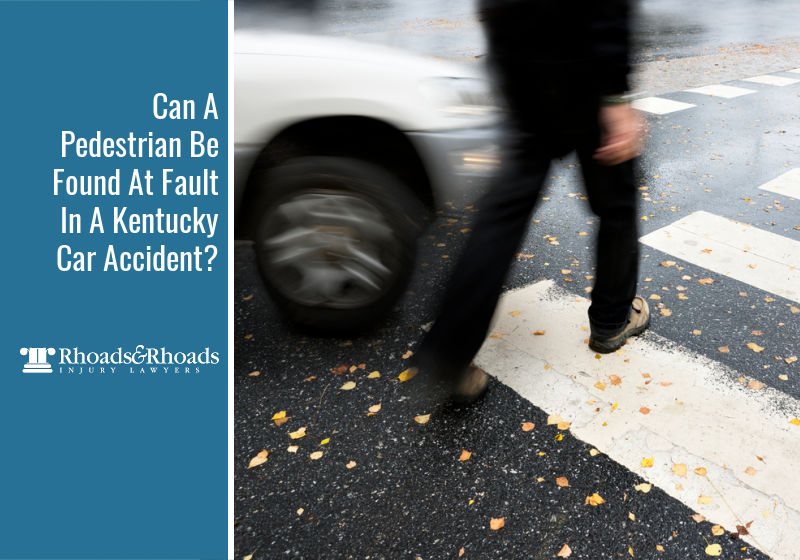 The Kentucky rules dictating pedestrian conduct are clearly described in KRS 189.570. The statute states that pedestrians have to follow traffic control devices, they must use sidewalks and crosswalks when they’re available, they need to yield to vehicles when crossing outside of a crosswalk, and they cannot suddenly go into the road if there’s an oncoming vehicle that presents an immediate danger.

If a pedestrian suddenly enters the road in front of an oncoming vehicle, they can cause harm to themselves, the driver, and other vehicles. Pedestrians that break any of the rules stated in KRS 189.570 could be found at fault for causing a traffic accident.

Determining Fault on the Road

When a car accident involving a pedestrian occurs, the law of negligence determines who is at fault. While on the road, both drivers and pedestrians are expected to abide by the rules of the road and act with a certain level of care in situations. The person who doesn’t follow a reasonable level of care is often found at fault when a car accident occurs. For example, if a jaywalker suddenly goes into the road and is struck by a vehicle, they didn’t practice a reasonable level of care on the road. Even though they will likely suffer more serious injuries than the driver, they’ll still be found at fault.

If a pedestrian is determined to have not exhibited a level of care, they can be held accountable in situations in which they were not struck by a vehicle. For example, if a pedestrian unexpectedly goes into the road and a driver swerves and wrecks into another vehicle, the pedestrian could be held accountable for the vehicular damages and personal injuries of the drivers and passengers involved in the wreck.

In addition to jaywalking, there are many different situations in which a pedestrian could be found negligent and at fault for a vehicular accident. Some of these include:

Another important aspect to understand when dealing with vehicular accidents involving pedestrians is the fact that Kentucky is a comparative fault jurisdiction state, meaning that both a driver and a pedestrian can be found partially at fault for causing an accident.

For example, if a pedestrian is jaywalking and a driver is going over the speed limit, they could both be found at fault. Insurance companies could split the fault of the accident in different ways depending on the circumstances. For example, the jaywalking pedestrian may bear 80% of the fault while the driver only takes 20% because they were only going seven miles over the speed limit.

If you suffered injuries or vehicular damages in a car accident caused by a pedestrian, contact Rhoads & Rhoads. Schedule an appointment with one of our personal injury or car accident attorneys by calling 888-709-9329. We provide potential clients with free consultations, and we bill our clients based on contingency fees. We only get paid if you win or settle your case, so there’s no risk hiring us as your personal attorneys.