Home / Blog / Distracted Driving: The Penalties and the Risks for Truck Drivers

Distracted Driving: The Penalties and the Risks for Truck Drivers 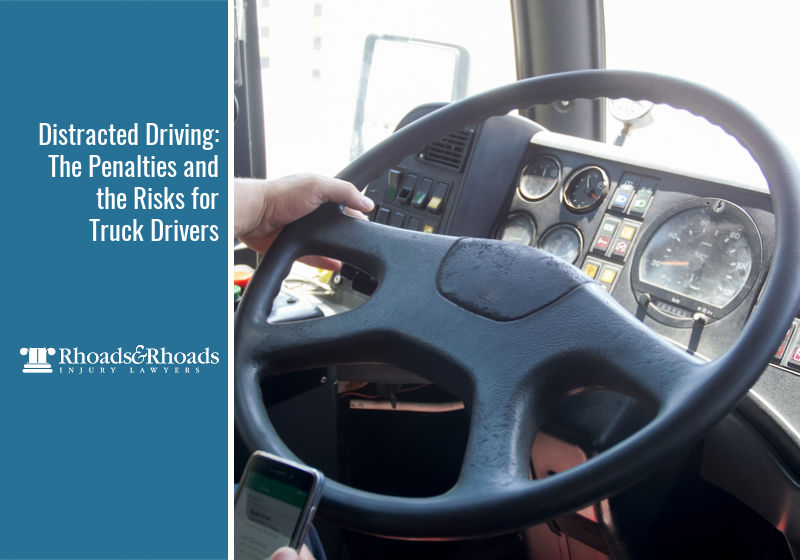 Driving as a long-haul trucker comes with more risk than the average automobile driver. Semi-trucks require extra care during operation to account for the increased size, decreased maneuverability, and excessive payload weight. Truck drivers must maintain strict adherence to traffic laws when operating their vehicles to prevent serious accidents.

The consequences of distracted driving when operating a fully loaded semi-truck can be devastating. With an average weight of 80,000 pounds, semis need extra stopping time. Suppose the driver takes their eyes or mind off the road for any time. In that case, the risk of causing significant damage to the driver, vehicle, or other motorists increases dramatically.

How Do You Define Distracted Driving?

From paying too much attention to the radio to responding to text messages, distracted driving can occur in various ways. According to the Center for Disease Control, distractions are defined in three categories–visual, manual, and cognitive.

Distractions can arise in a variety of ways. However, one of the most common forms of distracted driving throughout the country is texting while driving and cell phone operation. When these actions occur behind the wheel of a commercial vehicle, the consequences can be severe.

People regard commercial truck drivers as some of the safest drivers on the road, but many truck drivers still engage in distracted driving. From answering phone calls to sending text messages, operating handheld devices is one of the trucking industry’s most prevalent distractions. When this occurs, the risk of an accident increases exponentially:

Financial Penalties for Cell Phone Use in Commercial Vehicles

When distracted driving occurs while operating a semi-truck, the trucking company and the driver can both be held liable for the driver’s actions. The punishments for both the driver and their employer can be incredibly costly, including:

Ultimately, the penalties and potential risks associated with cell phone usage should be enough to keep commercial drivers from touching their phones on the road. The prevalence of hands-free cell phone options such as Bluetooth headsets and voice-activated virtual assistants can also keep drivers from causing injury or incurring fines.

If you or a loved one has suffered an injury in a truck accident, the team at Rhoads & Rhoads is here for you. We understand that insurance does not always cover the damage you sustained, and we are here to help you fight for the compensation you deserve.

To schedule an appointment with one of our Madisonville or Owensboro personal injury attorneys, call us at 888-709-9329. We offer free initial consultations, and all cases are taken on a contingency fee oasis, so no initial payment is required. You only owe if we win or settle your case–with NO RISK involved.