Home / Blog / Instances of Drugged Driving Increasing Across the Country

Instances of Drugged Driving Increasing Across the Country 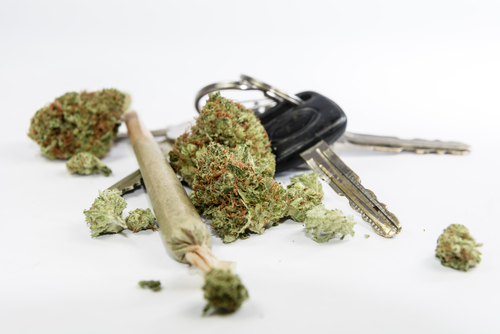 Since the purpose of any drug is to alter to treat a physical or mental condition, medical experts have agreed that most drugs will impair common tasks, including driving a motor vehicle. But even with warning labels like, “Do not drive when taking these medicines,” many people still do not understand how these drugs can affect driving ability and increase the likelihood of a serious or fatal crash that puts the driver, passengers, and others who share the road at risk. For examples, according to the National Institute of Drug Abuse, “marijuana can slow reaction time, impair judgment of time and distance, and decrease coordination. Drivers who have used cocaine or methamphetamine can be aggressive and reckless when driving. Certain kinds of sedatives, called benzodiazepines, can cause dizziness and drowsiness.” All of these impairments can lead to serious, if not fatal, vehicle crashes.

The Governors Highway Safety Association (GHSA) has been working on addressing behavioral highway-safety issues specific to drug-impaired driving since 2015. In mid-2017, updates were made to the original 2015 data to include new research that has appeared more recently on drugs and driving. This is what the update research concluded.

National Highway Traffic Safety Administration’s (NHTSA) Fatality Analysis Reporting System (FARS) reported that drugs were present in 43 percent of the fatally-injured drivers with a known test result, more frequently than alcohol was present. According to GHSA data, drug-impaired driving has proven to be more complex than alcohol-impaired driving for many reasons, including:

The National Survey on Drug Use and Health (NSDUH) says more than 10 million people (aged 12 or older) admitted having driven under the influence of drugs. The same NSDUH findings also show that men are more likely than women to drive under the influence of drugs or alcohol. And a growing epidemic is rising in showing that a higher percentage of young adults, aged 18 to 25, are driving after taking drugs (or drinking) than adults ages 26 or older.

In FARS 2016 annual report, 57 percent of the fatally-injured drivers were tested for drugs. Of those tested, no drugs were detected in 55.4 percent, but present in 40.7 percent while test results were unknown for the remaining. Over one-third – 36.5 percent – of the identified drugs were marijuana in some form, followed by amphetamine at 9.3 percent. Alcohol seems to be presenting at somewhat lower levels.

The reported data also shows how there are many ways in which drugs present different and more complex issues than alcohol.

Kentucky’s drugged driving law, Kentucky Code Section 1189A.010, is a zero tolerance law meaning it is illegal to drive with any measurable amount of specified drugs in the body and “a crime to be in physical control of a motor vehicle while under the influence of any other substance or combination of substances which impairs one’s driving ability; or while the presence of a controlled substance.” Kentucky’s drugged driving law prohibits the use of any drug that impairs driving ability. A driver arrested for drugged driving in Kentucky will be charged with driving under the influence and subject to DUI penalties.

On average, there have been more than 1,400 drug-related collisions, resulting in 939 injuries and 41 fatalities each year in Kentucky.

Drug impaired driving puts more than just the driver at risk for deadly crashes but also the people they share the road with. These crashes can be prevented by stopping a drugged driver from getting behind the wheel of a car in the first place.

Here is how you can help stop a person from driving impaired:

If tragedy strikes, and you or loved ones are involved in a drug-related driving accident, please call the car accident attorneys at Rhoads & Rhoads. Our job is to seek justice for the wrongs that were done to you and to ensure your family is not burdened by the financial realities of medical care, long-term and short-term. We can start the conversation today in a FREE initial consultation. Give us a call today at 888-709-9329.