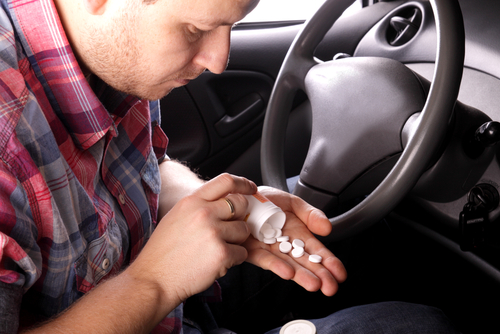 The U.S. Department of Transportation’s and National Highway Traffic and Safety Administration’s research has shown that a growing majority of crashes, particularly those resulting in serious injury or fatality, involved someone driving under the influence. And, “driving under the influence” doesn’t just refer to the influence of alcohol. For the first time in U.S. driving history, the Governors Highway Safety Association (GHSA) and the Foundation for Advancing Alcohol Responsibility (FAAR) published a report in 2017, providing statistics that show drivers killed in crashes were more likely to be on drugs than drunk. More than 40 percent of the deceased drivers tested were found to have drugs in their system compared to just 37 percent who tested positive for alcohol.

Hundreds of different drugs can impair drivers. Some drugs that can impair driving are illegal to use, some are legal to use under certain conditions, and some are freely available over-the-counter. Illegal drugs like narcotics, stimulants, depressants (sedatives), and hallucinogens are often found involved in drugged driving crashes as are legal non-medicinal drugs and prescription medications. For many drugs the relations between a drug’s presence in the body, its effect on driving, and its effects on crash risk are complex, not understood well, and vary from driver to driver.

Laws regarding driving while under the influence of drugs (DUID) vary across the states. Kentucky state law does not differentiate between alcohol and other drugs when it comes to driving under the influence. If a driver is found to be impaired by drugs they could be arrested and charged on several counts if their actions caused an accident, injury to others, property damage, or a tragic fatality.

Unlike the blood alcohol standard of 0.08, which often can be established at the scene of a crash, testing for drug use is more complex, usually requiring a blood test. Kentucky, like most other states, has an implied consent law. This law says if a driver refuses to a chemical test they will be subject to a fine and license suspension. It’s more difficult for law enforcement to detect drug impairment at the roadside than alcohol impairment. Some law enforcement districts may have officers who have been trained to identify drug impairment through general observation but not every officer on a traffic stop will be prepared in this process and depend on field sobriety tests (FSTs) instead.

Drugged driving from the use of illicit drugs or prescription pills is unsafe and puts everyone on the road at risk. These preventable crashes are more difficult to prosecute and get a conviction than for alcohol-impaired driving (DUI), so it is important that you work closely with experienced experts if you or your loved one was injured in one of these accidents.

With offices in Owensboro and Madisonville, Rhoads & Rhoads represents car accident victims and their families throughout Western Kentucky. Please call us at 888-709-9329 or contact us by e-mail to schedule an appointment with one of our personal injury attorneys.