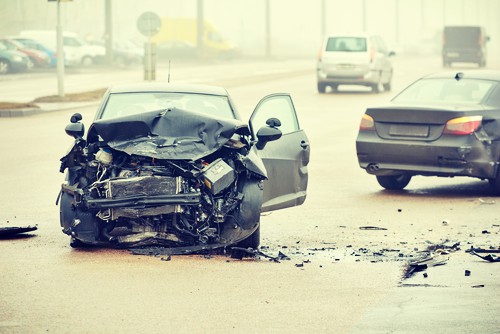 When compared to 19 of its high-income peers, the United States is the absolute worst for traffic fatalities. The Centers for Disease Control and Prevention have released a new report that reviews data on traffic deaths from 2000-2013. The results are none too reassuring.

At first glance, our country’s rate of traffic fatalities over the past several years might look encouraging. After all, there has been a 31% decrease in deaths caused by motor vehicle accidents. In comparison, however, our peers have made substantially larger strides and made a much greater impact on the public health of their counties and citizens.

Countries included in the study, titled Vital Signs: Motor Vehicle Injury Prevention — United States and 19 Comparison Countries, had to meet relatively strict guidelines in order to be included. Of course, they had to have provided key traffic fatality data. They also had to be members of the Organisation of Economic Co-operation and Development (OECD), be defined as a “high-income” nation by the World Bank’s standard, and have a population over one million. For accuracy purposes, the country’s self-reported data could not differ substantially from World Health Organization (WHO) estimates.

Over and over again, we lament the common causes of traffic accidents and fatalities. We know definitively that speeding, failure to use seat belts or appropriate child safety restraints, distracted driving, and driving while impaired by drugs or alcohol are to blame for a large majority of car and truck crashes. The CDC report gives us yet another measure for exactly how bad the situation is.

Not only do we have the highest vehicular accident fatality rate, but we are also number one in terms of fatalities per 100,000 people and per 10,000 vehicle registrations. We have the second highest rate of fatalities caused by alcohol-impaired drivers—only Canada is above us. Our front seat belt use, at 87%, is still lower than 17 of our peer nations involved in the study, and almost 40% of children under the age of 12 who are killed in car accidents were not wearing seatbelts or proper restraints.

We can do better. In fact, if the United States had experienced a decrease even at the average of the 20 nations studied, there would have been 18,000 fewer deaths. With the average of 20 nations at 56% and our decrease at 31%, imagine the lives that could be saved if we could approach the success levels of Spain and Denmark, which have seen traffic fatalities decrease by 75.1% and 63.5% respectively.

It is clear there is so much work to be done in this country in terms of implementing public health policies and programs that will support individuals in making better decisions for themselves while driving. Until then, however, the knowledgeable and professional attorneys at Rhoads & Rhoads are here to fight and seek justice for those who have been injured by the poor choices of others. If you or a loved one have been injured in a car accident, please call us today for a free consultation: 888-709-9329.