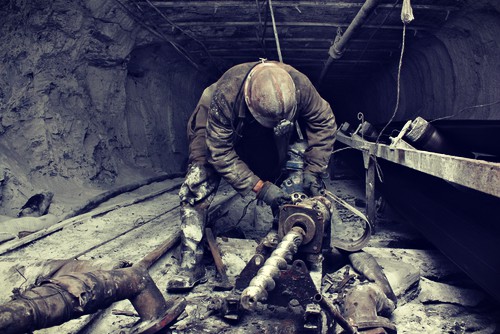 On January 19, 2016, Nathan Phillips was crushed to death by mining machinery at Webster County Coal’s Dotiki underground mine. He was moving a continuous mining machine when the conveyor boom on the back swung and hit him in the chest. Phillips was pinned to the side of the mine by the heavy equipment, which was 36 feet long and weighed 65 tons. Other workers attempted to help Phillips and to revive him after he was extracted from the grip of the mining machine, but he died as a result of his injuries.

Continuous mining machines are intended to be operated by an individual who uses a remote control device so as not to get too close to the dangerous machinery. In fact, the machines and operators are required by the Mine Safety and Health Administration (MSHA) to be equipped with sensors that should stop such an accident from occurring. Not only do the systems activate warnings on the operator’s component if he or she gets too close, but they also shut down the machine completely if the operator gets within a “red zone,” in which there is extreme danger due to proximity to the continuous mining machine.

The problem? Nathan Phillips’s component of the proximity detection system was on the ground some distance from where he stood. The system, even if working properly, would never have stopped the accident. The Kentucky Division of Mine Safety reported that tests showed Phillips was not wearing the component for 30 minutes prior to the accident.

The MSHA report, released this week, cited a key cause of the accident was Webster County Coal’s failure to provide a way to securely attach the device to operators of continuous mining machines. Federal and state investigations showed wide-spread knowledge that Phillips often carried his device in a pouch that was prone to dropping the device out. Co-workers and a foreman are cited as being aware of this potential risk. Still, neither the foreman nor the company took actions to protect Phillips or other workers in his situation.

Mining is usually right near the top of lists of the most dangerous jobs worldwide. Underground mines, such as the Dotiki mine in this case, are usually considered riskier than surface mines. Most deaths occur in developing countries, with China leading the way. Common accidents include:

Head injuries and traumatic brain injuries are common because of falling, exploded, or propelled rocks or other objects that can become loosened during the mining process. Miners also face long-term or fatal health problems, such as Black Lung, due to breathing in hazardous environmental elements over periods of time.

Our miners deserve better. If you have been injured or lost a loved one in a mining accident, the wrongful death and workers’ compensation attorneys at Rhoads & Rhoads can drive the process of making a claim and pursuing the compensation owed you. We know you have other things to worry about, namely taking care of yourself and/or your family after a mining accident. Let us take some of the burden from you—give us a call today for your free initial consultation: 888-709-9329.