Kentucky is One of the Safest States for High School Athletes 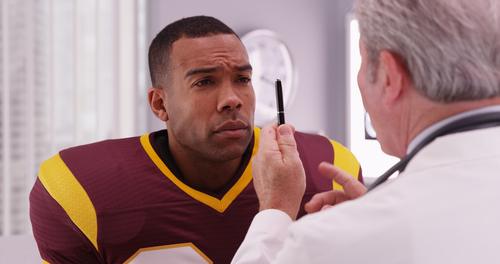 Kentucky Near Top of 2017 List For Safest High School Athletes

More than half of Kentucky kids are participating in athletic events and sporting activities this year and now their parents and coaches have something additional to cheer about. A University of Connecticut report ranked Kentucky as one of the safest states for high-school athletes. University of Connecticut’s Korey Stringer Institute set forward a series of polices regarding the best practices regarding prevention and treatment of the top causes related to sudden death and catastrophic injury in high school athletes. These include head and neck injuries, exertional heat stroke, sudden cardiac arrest and exertional sickling. The bluegrass state earned the second-place spot for safest state. North Carolina ranked first.

According to the newly published 2017 report, “A rubric was created in which each state was assessed based on five equally weighted sections pertaining to sudden cardiac arrest, traumatic head injuries, exertional heat stroke, appropriate medical coverage, and emergency preparedness.” The Interassociation Task Force for Preventing Sudden Death in Secondary School Athletics evidence-based best practices were used to form the content of the grading rubric.

More than 7.8 million high school students participated in athletics in the last school year in the United States. From 1982 to 2015, 735 high-school athletes died from direct or indirect causes while playing sports, and 626 other athletes suffered catastrophic injuries. Common high-school athlete injuries include:

Concussions and other brain injuries tend to be seen more in contact sports like football, hockey and wrestling, but can also be seen in sports such as cheerleading, basketball and soccer. If left undiagnosed, concussions can turn into traumatic brain injuries and in some cases become fatal. Parents should be educated on how to identify the symptoms of concussion and get help as soon as possible.

These are some of the most common injuries student-athletes face. Ligament sprains, muscle strains and bone contusions, or bruising of bones, are seen in almost every sport.

Dehydration, heat stroke and heat exhaustion are common health threats for athletes, especially if sports activities take place outside. Make sure your athlete stays properly hydrated each day throughout sports season. Should they experience heat stroke, many health experts believe the only effective treatment is cold water submersion followed by emergency treatment.

Kentucky schools have staff trained to help athletes avoid injuries. Coaches are trained in CPR and use of AED machines, EpiPen administration, rescue breathing, and know how to stabilize a cervical spine in the event of a serious fall or hit, most common with football players. In addition, coaches at all levels are required to take sports safety courses. Parents can learn a lot from the Kentucky High School Athletic Association, the agency designated by the Kentucky Department of Education to manage high school athletics in the Commonwealth. We encourage parents of student athletes to understand how they children are being protected.

If your child athlete has endured a serious injury of fatality because of their participation in a school supervised sport, and it was caused by negligent, reckless, or intentional acts (or failure to act), the wrongdoer can be held accountable. Call us at 888-709-9329 or contact us by e-mail to schedule an appointment with one of our Madisonville or Owensboro personal injury attorneys.