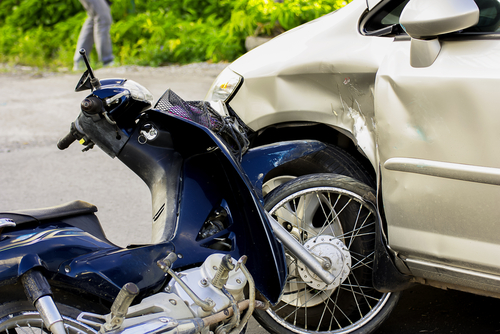 The summer sunshine and warmer weather typically means more motorcycles are on the roads, but that also means more  motorcycle crashes for Kentucky riders. Kentucky’s Commission on Motorcycle Education and Safety has reported a rise in injuries and deaths related to the more than 2,000 motorcycle accidents that occurred across the state in recent years. Kentucky is not the only state seeing the rise though. According to the Governors Highway Safety Association, “More than 5,000 people were killed riding motorcycles on U.S. roads in 2015, close to an all-time high, and a 10 percent increase over 2014’s figures.”

State officials agree that lack of skill, riding while impaired or under the influence of drugs or alcohol, as well as driving above the speed limit or without the proper gear like a helmet, is quickly attributing to the escalating rates of fatalities and injuries involved in motorcycle accidents in Kentucky.

Most Common Types of Motorcycle Crashes

Sadly, the federal government estimates that per mile traveled, the number of deaths on motorcycles has been over 27 times the number in cars. Motorcycles are less stable and less visible than cars and often have high performance capabilities so when they crash, riders don’t have the protection an enclosed vehicle offers leaving them more likely to be injured or killed.

The Insurance Institute for Highway Safety (IIHS) says, “Nearly half of all motorcycle driver deaths involve just the motorcycle and no other vehicle.” This statistic has remained largely unchanged over time. Speeding and alcohol use contribute to many of these fatal single-vehicle crashes. The IIHS continues to report that in 2015, “46 percent of the 1,798 motorcycle drivers killed in single-vehicle crashes were speeding, and 42 percent had blood alcohol concentrations (BACs) of 0.08 percent or higher.”

In addition, the 2015 report showed that 42 percent of two-vehicle fatal motorcycle crashes involved a vehicle turning left while the motorcycle was going straight, passing or overtaking the vehicle.

If you are a motorcyclist the most important thing to do is to know your bike well, know your abilities, and always wear the right gear even during hot summer months. That gear includes a motorcycle helmet because serious head injury is common among fatally injured motorcyclists. Helmets are about 37 percent effective in preventing motorcycle deaths and about 67 percent effective in preventing brain injuries.

In Kentucky, the law requires that all riders younger than 21 years wear a helmet. Riders 21 and older may travel without helmets only when showing proof that they are covered by a medical insurance policy. Motorcycle helmet laws in Kentucky will cover operators with instructional and learner’s permits. However, Kentucky does not require all new riders to complete a motorcycle-training course.

Despite taking all safety precautions, motorcycle accidents and fatalities still happen. If you or someone in your family has been seriously injured or killed in a motorcycle accident, the Kentucky motorcycle accident lawyers at Rhoads & Rhoads can help. Take advantage of our free initial consultation and discuss your case with us. Call us today at 888-709-9329.