Home / Blog / Kentucky Still Behind Nation in Seat Belt Use

Kentucky Still Behind Nation in Seat Belt Use 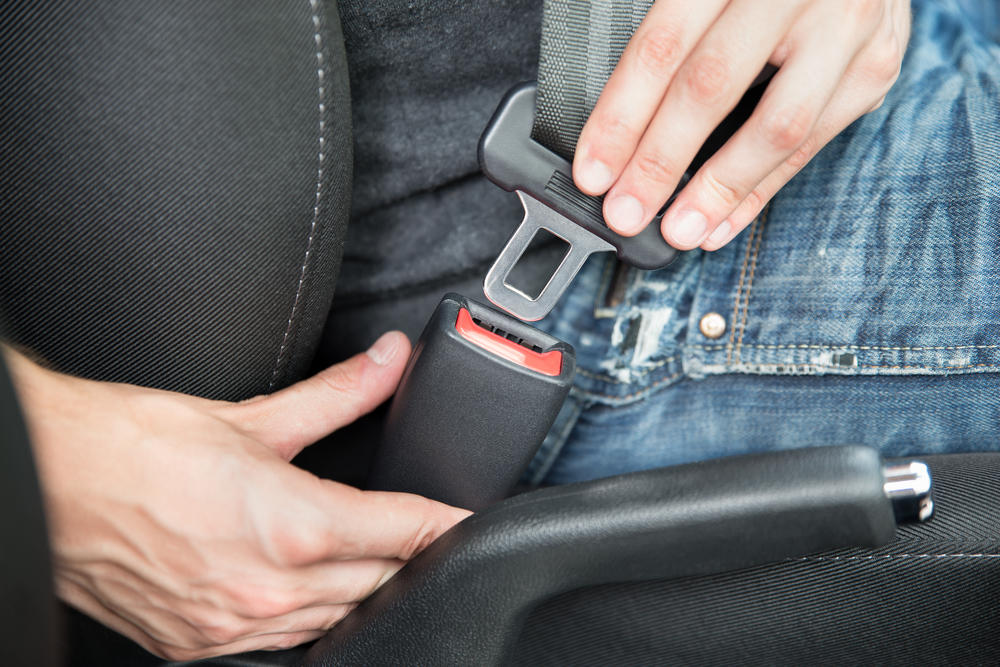 Kentucky Seatbelt Use Continues To Be Among Lowest Of 50 States

The Executive Director of the Kentucky Office of Highway Safety, Noelle Hunter, has issued another strong message for Kentucky drivers. Hunter says 2016 was among the deadliest years for traffic deaths not only in the nation but right here in Kentucky. Sadly, 835 people died in crashes, leaving behind families, friends, and communities. If that number is not enough to startle you, Hunter continued to report that more than half of those that died were simply – not buckled up. Even though Kentucky’s seat belt usage rate increased with the passage of the 2006 primary law in 2014, the numbers are still below the national usage rate of 87 percent.

According to the National Highway Traffic Safety Administration, wearing seat belts and properly buckling children into appropriate car seats and booster seats, people can reduce the risk of serious injury and death in a car crash by half. The same goes for pickup trucks, SUVs and van occupants. When used in these vehicles, seat belts can reduce the risk of fatal injury by 60 percent and moderate-to-critical injury by 65 percent.

Nearly 4,000 people have died on Kentucky roads since 2012. Hunter says her office expects that number to climb unless drivers begin to make big and small changes like simply wearing a seat belt or putting children in appropriate seats.

In Kentucky, seat belt laws are primary and cover drivers, passengers age 7 and older in all seats, and passengers age 6 and younger who are more than 50 inches tall in all seats. Primary seat belt laws allow Kentucky police officers to stop and ticket drivers for not buckling up versus secondary seat belt laws, which allow officers to give seat belt tickets only if they have pulled the driver over for another reason. Kentucky drivers are responsible for making sure everyone in the vehicle is buckled up.

Troopers with Kentucky State Police (KSP) recently announced they are regularly conducting several traffic safety checkpoints as well as moving patrols during the month of February. The enforcement efforts are designed with the goal to improve highway safety and reduce deaths caused by car crashes and to increase the safety of all people traveling on Kentucky roadways. Yes, police will be focusing on drivers who are impaired, speeding or distracted by cell phones but they also said officers will be taking a strong stand against those not following seat belt and child restraint laws. Drivers can receive a seat belt ticket but also be fined for each person that is not wearing a seat belt or sitting in an appropriate seat.

Speak With A Car Accident Attorney

If someone close to you has been involved or died in a car accident it is important to work closely with experienced experts. Injuries and deaths that result from car accidents can cost you or a family in the form of higher insurance premiums, medical costs, property damage, and loss of productivity. You can speak with one of the car accident attorneys at Rhoads & Rhoads about receiving compensation to get through this difficult time.

With offices in Owensboro and Madisonville, Rhoads & Rhoads attorneys have served the people of our communities for decades, and we have the experience necessary to win compensation for the injuries and suffering of car accident victims and their families. Please call us today at 888-710-9377 to find out more information about how we can help you and schedule your free consultation.