Home / Blog / What You Should Know About Medical Negligence

What You Should Know About Medical Negligence 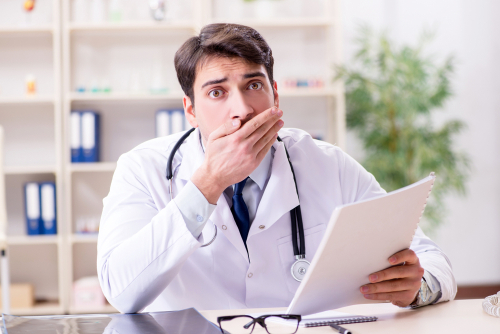 Bad Doctors Can Continue to Practice with History of Medical Negligence

Information about medical professionals who had to surrender their medical license because of unprofessional conduct such as sexual assault, medical malpractice and medical negligence, or prescription abuse while practicing in another state other than Kentucky may not be disclosed to local health systems and new patients. In fact, at the close of 2018, investigative reporters at the Milwaukee Journal Sentinel, USA Today and MedPage Today found more than 250 physicians who surrendered a medical license were able to practice in another state. These physicians are able to simply leave their bad history in one state and move their practice to another while continuing to make risky medical mistakes and errors. Equally disturbing is that if a physician voluntarily surrenders his license, the public may not ever be able to access or gain knowledge about why the surrender occurred.

Investigative reporters from the three leading news outlets published their findings in a MedPage Today special report titled, “Bad Docs Give Up Licenses, But Not Medical Practice.”:

John Hopkins claims more than 250,000 people in the U.S. die every year from medical errors and other reports published in the Institute of Medicine

claim the numbers to be as high as 440,000. Misdiagnosis and delayed diagnosis account for the largest percentage of medical malpractice complaints.

Any injury that meets the four requirements for proving medical negligence is worth pursuing through a malpractice claim. That said, there are errors that occur more commonly than others, including:

Because medical malpractice cases are complicated and doctors, medical professionals, or hospitals carry so much more information and resources than the patient, it is easy for injustices to occur and for those injured to be victimized physically, emotionally, and financially.

With offices in Owensboro and Madisonville, Rhoads & Rhoads represents medical malpractice victims throughout Western Kentucky. The attorneys at Rhoads & Rhoads will fight to ensure you are properly compensated for the egregious wrongs done to you. We offer free initial consultations, and all cases are taken on a contingency fee basis, which mean there is no payment required up front. We get paid only if we win or settle your case, so there is NO RISK involved.