Home / Blog / NTSB Says Semi Accident Could Have Been Prevented

NTSB Says Semi Accident Could Have Been Prevented 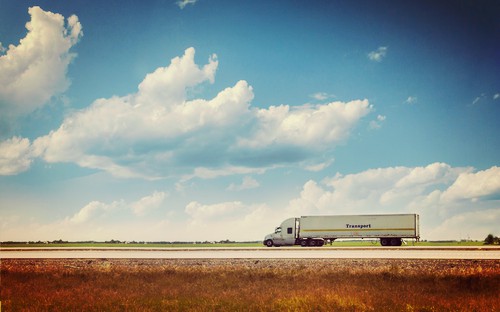 This week, the National Transportation Safety Board (NTSB) released the results of its investigation into a tragic semi accident that happened on June 25,2015 in Chattanooga. In that report, the NTSB condemns CDL licensing decisions by the Federal Motor Carrier Safety Administration and Kentucky’s Transportation Cabinet. The Kentucky CDL application process does not require a driving history.

Benjamin Scott Brewer was a 39-year-old driver for Cool Runnings Express. At the time of the accident, Brewer was high on methamphetamine. If that wasn’t enough, he had also falsified his logbook to hide the fact that he had exceeded his allowable hours of service. It was under these circumstances he drove his semi-truck into a work zone at 80 mph, plowing into two cars and resulting in a nine-vehicle pileup. The initial impact of the tractor-trailer was so massive that cars nearly 500 feet away were involved in the accident.

The NTSB report shows that commercial vehicles play a role in over 30% of all fatal work zone accidents. In part, this is evidence of the sheer number of miles commercial drivers travel. Unfortunately, as in this instance, those accidents can be a result of a total and complete failure of an individual driver and a system of checks intended to keep the driving public safe.

In the five years leading up the I-75 multi-vehicle pileup, Benjamin Scott Brewer had been involved in three accidents while in his commercial vehicle and four additional accidents in other motor vehicles. Shouldn’t someone have noticed this and prevented him from receiving or maintaining his commercial driver’s license? At a minimum, we would all like to think a person driving a 40-ton truck would be reviewed very carefully during the Kentucky CDL application process, especially with a large number of accidents over a short time.

The NTSB agrees. The report chides the Kentucky Transportation Cabinet for their role in allowing Brewer to operate commercial vehicles. Though the accident occurred in Chattanooga, Brewer was licensed to drive a commercial vehicle in Kentucky. The Kentucky CDL application process remains the ONLY one in the entire country that doesn’t require an accident history from applicants for a commercial driver’s license.

The Federal Motor Carrier Safety Administration also was noted for their failure to encourage commercial carriers to engage in a thorough screening process for drivers prior to hire. The NTSB also says a pre-employment screening process and a hair test for illegal substances would have caught Brewer before he could leave such devastation in his wake. Brewer now stands charged with six counts of vehicular homicide, four counts of reckless aggravated assault, driving under the influence of narcotics, speeding, and making false reports.

In accidents like this one, clearly the driver can be held liable for the wrongful death of another, as well as for the damages sustained by those who are injured or families who are left behind. There are also times when a company, city, state, or governmental agency may have been negligent in their duty to protect the public, and they may also be held liable. If you or a loved one has been injured in a semi-truck accident, call the experienced attorneys at Rhoads & Rhoads today for your free consultation: 1-888-709-9329.