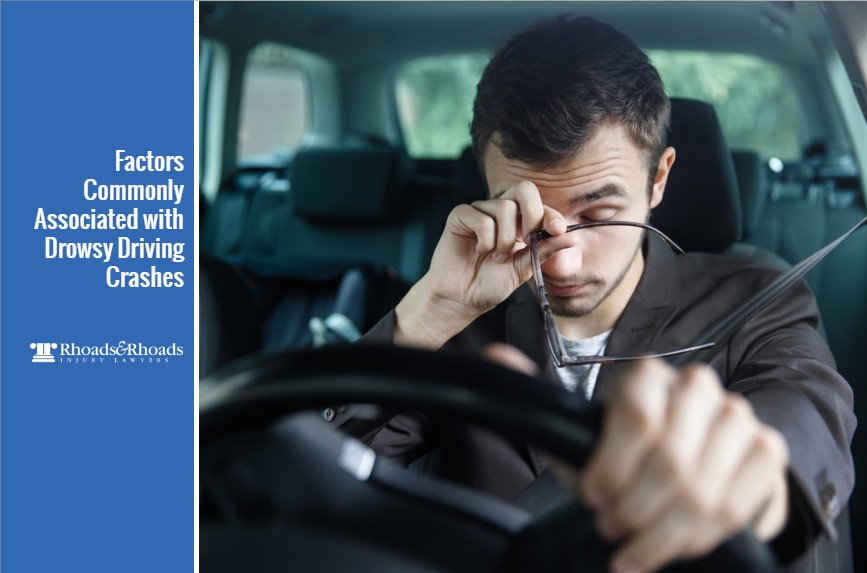 Kentucky’s drivers own the fourth-highest fatality rate in the U.S. of 1.56 deaths per 100 million vehicle miles of travel, significantly higher than the national average of 1.13. Drowsy driving – which is preventable – is becoming a growing risk contributing to those deaths. The National Highway Traffic Safety Administration (NHTSA) reports these three factors most commonly associated with drowsy-driving crashes.

A study conducted by the Harvard School of Medicine – Sleep Medicine Division found that nearly a quarter-million of all drivers admits to falling asleep while driving and over 50 percent say they still drive while drowsy. Determining the exact number of drowsy-driving crashes and related injuries has been difficult for crash investigators to identify or conclude, but the NHTSA estimates that in 2017, 91,000 police-reported accidents involved drowsy drivers that led to an estimated 50,000 people injured and nearly 800 deaths.

Overworked Truck Drivers Are A Leading Cause of Sleep-Related Crashes

From 2016 to 2017, the number of large trucks involved in fatal crashes increased 10 percent, from 4,251 to 4,657, and the number of large trucks involved in injury crashes increased by 5 percent. Commercial truck drivers remain a risky road hazard due to their poor sleep habits with most logging less than five hours of sleep per night and nearly 41 percent of drivers admitting to experiencing fatigue and sleep-deprived inattentiveness while on the road.

Also, as many as 28 percent of commercial truck drivers have sleep apnea, a condition which causes daytime sleepiness, according to the Federal Motor Carrier Safety Administration (FMCSA). Some of the warning signs of potential sleep apnea include:

Although regulations have been set in place for long haul truckers such as not exceeding driving shifts more than 11 hours and imposing an eight hour or less break since their last off-duty break of at least 30-minutes, many operators still ignore federal mandates due to deadline and delivery pressures.

7 Sleepy Signs It Is Time to Get Off the Road

The drowsy driving effect is similar to driving under the influence of alcohol. A driver’s reaction time, general awareness of hazards and their ability to sustain attention and avoid distractions will be impacted if they are tired. Here are a few sleepy signs to let you know it’s time to pull over or switch drivers.

Getting enough rest is a sure way to know you will be operating alert. Be sure to get 7-8 hours of sleep per night and make it a priority to follow these suggested stay-awake tips from the NHTSA.

Whether you are a trained commercial truck driver, the parent of a young driver or someone who has never felt drowsy behind the wheel, don’t take any risks when it comes to roadway safety. Be prepared to make alternative plans if you are too tired to drive and remember that drowsy driving can be just as dangerous as drunk driving.

Rhoads & Rhoads is Kentucky’s leading and experienced personal injury firm with offices in Owensboro and Madisonville, representing car accident victims throughout Western Kentucky. If you have been involved in a drowsy driver accident or injured in a crash with a semi-truck, we can help. We offer free initial consultations, and all cases are taken on a contingency fee basis. We get paid only if we win or settle your case, so there is NO RISK involved.