Four Ways to Help Your Teen Driver Avoid Being Distracted 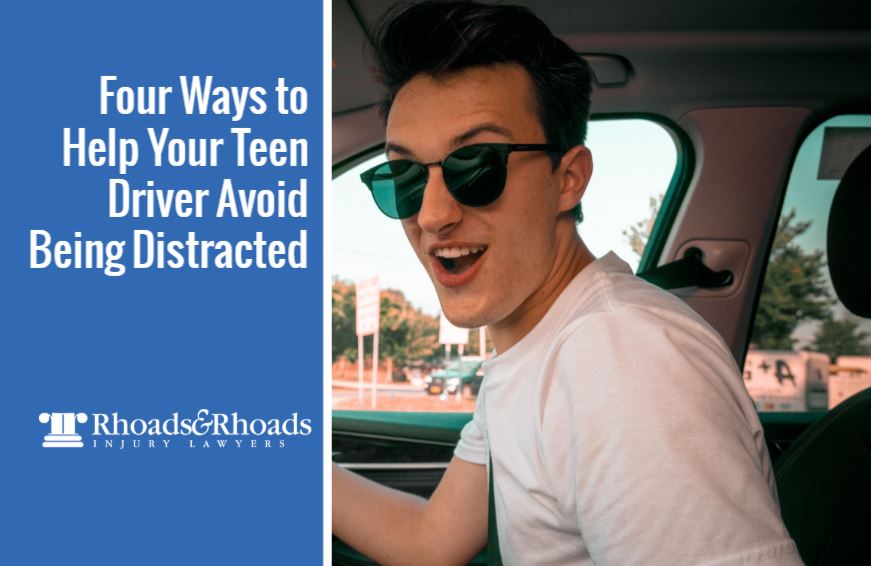 The period between Memorial Day and Labor Day is often referred to as the “100 Deadliest Days” by road safety officials, emergency response crews, and police. This is the time when the average number of deadly teen driver crashes climbs 17 percent compared to the rest of the year because teens are out of school, getting their license and on the road more often with riskier driving habits like speeding and being distracted by cell phones.

Kentucky has one of the highest teen crash rates in the nation even though they only account for six percent of its drivers, according to the Kentucky Transportation Cabinet.

Although the motor vehicle accident attorneys at Rhoads & Rhoads urge parents to play an active role in helping prevent these deadly crashes by getting more involved and talking to their teens about the dangers of risky behavior behind the wheel, we believe it isn’t happening enough.

Parents can help reduce the prevalence of tragic accidents and ultimately assist in saving lives by coaching their teens to slow down, driver sober, ignore distractions, and to avoid all temptations that point to risky driving. This includes the most concerning teen accident cause of all – cell phone use while driving.

Nearly 80 percent of crashes and 65 percent of near-crashes involve some form of distraction, including texting or phone use, within three seconds before the event. And while all distractions can endanger drivers’ safety, cell phones and personal technology are often a cause because using these handheld devices involves all three types of distraction.

Four Ways to Help Your Teen Driver Avoid Being Distracted

Model good driver behavior and talk to them about the risks associated with distracted driving and their age group by sharing these good driving practices.

Consider having them put their phone in a spot like the trunk, or in the backseat inside a zipped purse or bag. This way they will have to think twice before using it.

Before they hit the road, make sure they have had breakfast and wrapped up any lingering messages or phone calls. The better organized they are with less temptations to text, the more often their eyes will be on the road and hands on the wheel.

Remind them that it is their responsibility as the driver to get everyone to the destination safely. If there are other people in the car and their hands are free, tell your child to have them navigate the map, make a call or send the text.

Most phones today have a Do Not Disturb feature that will disable texting, send an automated text response, and hold calls while driving. Turn it on or download a safe driving app to disable their phone use while driving.

Texting While Driving Is Against the Law in Kentucky

Many states, including Kentucky, have now enacted laws against texting or the use of mobile devices while driving. In Kentucky, House Bill 415, was signed into law on April 15, 2010. The law bans texting for drivers of all ages while the vehicle is in motion.

If you or your child have been involved in an auto accident because of a distracted or reckless teen driver, we want to help.

The car accident legal team at Rhoads & Rhoads offers free initial consultations, and all cases are taken on a contingency fee basis. With offices in Owensboro and Madisonville, Rhoads & Rhoads attorneys are also available and ready to fight for the families of wrongful death victims throughout Western Kentucky.

Call us at 888-709-9329 or contact us by e-mail to schedule an appointment with one of our experienced attorneys.