Home / Blog / What Is Considered Gross Negligence in a Personal Injury Case?

What Is Considered Gross Negligence in a Personal Injury Case? 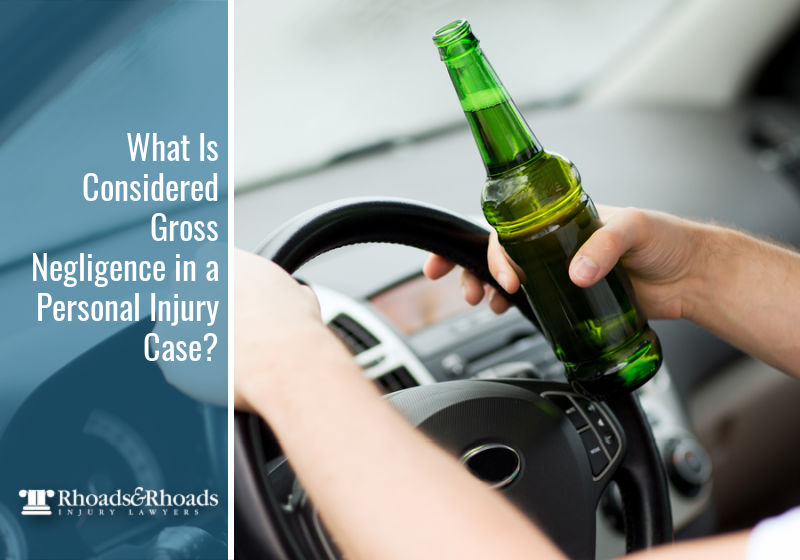 Key points of this article:

Here’s what you need to know about seeking gross negligence damages in Kentucky.

Personal injury cases involve a legal term called “negligence,” which means that someone failed to uphold reasonable care, and this lapse of reasonable care caused someone else to sustain injuries. For example, if a driver operates their vehicle past the legal speed limit, they fail to operate their car with reasonable care because their speeding endangers others on the road. If they cause a serious accident as a result, their breach of reasonable care injured others. The reckless driver was negligent and liable for the victim’s personal injuries.

Standard negligence often involves simple mistakes, such as accidentally running a stop sign or failing to check your blind spot.

Gross negligence is similar to standard negligence, but the actions of the liable party are more extreme and more blatantly disregard the safety of others. As an example, if a driver goes ten miles over the speed limit on the interstate, they engage in standard negligence. A driver operating their vehicle at a recklessly high speed in a school zone more overtly disregards the safety of others, and as a result, an injured party would have a higher likelihood of proving gross negligence.

What qualifies as gross negligence differs from state to state. Kentucky’s Supreme Court once officially stated that for an act to qualify as gross negligence, “There must be an element either of malice or willfulness or such an utter and wanton disregard of the rights of others as from which it may be assumed the act was malicious or willful.”

Whether or not your case involves gross negligence will depend on the unique circumstances of your accident. Additionally, courts may have differing views on what exactly qualifies as malice or willful disregard for others’ safety. Some examples of actions that could be considered gross negligence include:

It’s far more challenging to prove that a defendant engaged in gross negligence than standard negligence because the burden of proof is on the plaintiff to supply sufficient evidence that the defendant willfully or maliciously risked the safety of others.

The process of proving someone is negligent includes the following steps:

Proving gross negligence works in the same way, but you need to provide sufficient evidence that the defendant was aware that their actions could harm or kill another person. For example, proving that a driver operated their vehicle at a blood alcohol level of .20 — while the legal limit is .08 — may illustrate that the driver was aware of the dangers they posed to others on the road because they were obviously drunk. They blatantly disregarded the safety of others, which a court may rule as gross negligence.

Although this is possible, it’s important to know that punitive damages are far rarer than standard damages. If you have questions regarding whether your case could result in punitive damages, we recommend you contact a personal injury attorney.

Get the compensation you deserve for gross negligence

If you suffer from a car wreck or another accident that causes you to sustain injuries, you need to hold the responsible party accountable, especially if they obviously disregarded your safety.

When filing a personal injury claim, you may be able to recover various forms of damages depending on your case, such as compensation for medical bills, lost wages, loss of enjoyment of life, loss of future earnings, emotional trauma, pain and suffering, and more.

In the event that you suffer from injuries caused by a negligent driver in Kentucky, contact the personal injury lawyers at Rhoads & Rhoads Attorneys at Law. We also assist Kentucky residents with other types of personal injuries, including product liability, premises liability, medical malpractice, and more.

Schedule a FREE case evaluation by calling 888-709-9329, or you can schedule an appointment online here.