Home / Blog / How is Reckless Driving Defined in Kentucky?

How is Reckless Driving Defined in Kentucky? 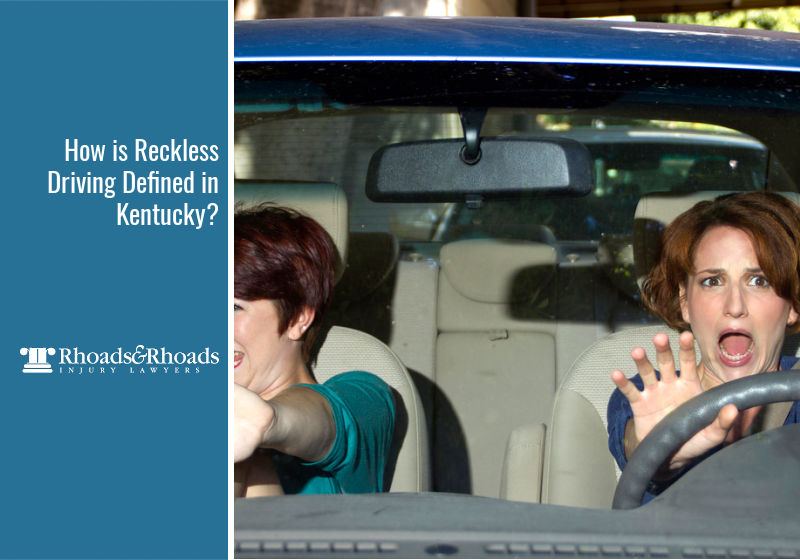 Key Points of this Article:

We have all seen reckless drivers on the road

If you spot a driver speeding, weaving in between vehicles, taking risks, and seemingly having no regard for safety, what do you do? The first course of action, of course, is to stay as far away from that driver as possible. The second course of action, according to the Kentucky Department of Transportation, is to call either 911 or the Kentucky State Police at 1-800-222-5555. There you can confidentially report the dangerous driver.

Unfortunately, sometimes you don’t have the option of avoiding or reporting someone who is driving recklessly. They may hit your vehicle and cause an accident before you even have the chance to take evasive action. If you are injured in an accident like this, you will need an experienced attorney to protect your rights and to provide you with legal advice.

Rhoads & Rhoads personal injury attorneys will deal with insurance companies to make sure that you get the compensation that you need and deserve. If a fair settlement is not reached, we will fight for you in court.

What is reckless driving?

According to Kentucky Revised Statute 189.290, reckless driving occurs when the operator of a motor vehicle doesn’t drive carefully:

(1) The operator of any vehicle upon a highway shall operate the vehicle in a careful manner, with regard for the safety and convenience of pedestrians and other vehicles upon the highway.

(2) No person shall willfully operate any vehicle on any highway in such a manner as to injure those on the highway.

This is rather a broad definition, so let’s look at some of the ways Kentucky drivers caused accidents in 2020 by not driving carefully, according to Traffic Collision Facts (reported by the Kentucky Traffic Safety Data Services):

There are plenty of other cited contributing factors that may have also fallen into the category of reckless driving, such as failure to yield, following too closely, improper passing, and the factor simply called “emotional.” Police officers are allowed to cite up to 3 driver factors for each driver, so some of the statistics above may overlap.

Kentucky operates under a point system for driving offenses.

What recourse do you have if a reckless driver injures you in a traffic accident?

If you were injured in an accident with a reckless driver, you must first collect from your own auto insurance, since Kentucky is a no-fault state. However, it is probable that you will need to pursue a claim against the reckless driver who caused your crash. You are eligible to do this if your medical bills exceed $1,000 or if your injuries are severe. Sadly, in a reckless driving accident, injuries do tend to be serious. You and your attorneys will need to prove that the driver was negligent and also that the driver’s negligence caused your injuries.

You are entitled to recover damages for:

Can a Dash Cam Benefit My Accident Case?