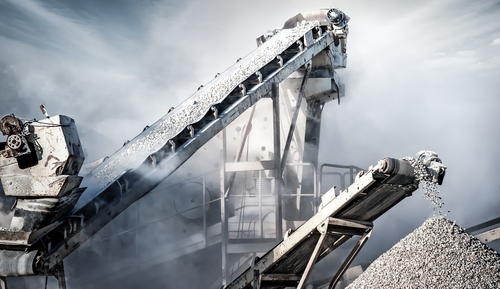 First Kentucky Coal Mining Death For 2018 Reported at Panther Mine

We are saddened to read reports from the Kentucky Energy and Environment Cabinet in regard to the state’s first coal mining death of the year and fourth coal mining related death in the United States. It appears to have happened in Harlan County and involves a 29-year-old miner who was tragically killed in a conveyor belt accident in the D11 Panther Mine in Cumberland. The mine is owned by Revelation Energy LLC, a privately held company based in West Virginia.

Initial inspectors believe the miner was splicing a conveyor belt when it started unexpectedly and ultimately caused fatal injuries to the young man. The worker had 10 years of mining experience and safety officials had just visited the worksite in early January to present on the topic of fatality prevention. Officials have since shut down the mine and inspectors have issued 15 state citations for non-compliance.

Continuous mining machines are intended to be operated by an individual who uses a remote-control device so as not to get too close to the dangerous machinery but belt maintenance and repair, such as splicing, still has to be done by a human worker. Machines and operators are required by the Mine Safety and Health Administration (MSHA) to be equipped with sensors that should stop accidents from occurring. Not only do the systems activate warnings on the operator’s component if he or she gets too close, but they also shut down the machine completely if the operator gets within a “red zone,” in which there is extreme danger due to proximity to the continuous mining machine.

The coal worker attorneys at Rhoads & Rhoads send their condolences and thoughts of support to the miner’s family, coworkers, and friends.

Although the coal industry has seen a steady decline nationwide over the past decade, the Energy Information Administration reports there were still about 52,000 working miners in 2016 (most current numbers available). Mining remains near the top of the list for most dangerous jobs and the threat of injury is almost constant with miners often being seriously injured or killed by falling objects, equipment, and roof collapses. Other common mining accidents and coal worker deaths are often caused by:

Head injuries and traumatic brain injuries are also common. Miners can also face long-term or fatal health problems, such as COPD, progressive massive fibrosis and Black Lung, due to breathing in hazardous environmental elements over periods of time.

In the summer of 2017, the U.S. Department of Labor launched a compliance assistance initiative to address the number of increased injuries and fatalities among coal miners, including those who work here in Kentucky. Along with the initiative came a Training Assistance Program to address the causes and trends in the recent rash of coal fatalities across the country, which pushed the total number of U.S. coal mining deaths to a level not seen in many years.  There were nine fatalities and 1,260 reportable cases of workplace injury in the US coal mining industry in 2016. In 2017, 15 miners were killed on the job in the U.S., including two in Kentucky, eight in West Virginia, and one each in Alabama, Colorado, Montana, Pennsylvania and Wyoming.

One of those Kentucky workers was Ray Hatfield Jr. who had over 23 years of experience as a miner. Hatfield was killed when his clothing got caught up within a roller shaft while he was shoveling loose coal from under the beltline at the R&C Mine No. 2 near Pikeville. He was then pulled into the conveyor belt because he did not have adequate safety guards, according to a Federal investigation. The report also concluded that the mine operator, R&C Coal LLC, also did not have effective programs and policies in place to make sure employees shut off the conveyor belt before working in close proximity to it. R&C was cited for several violations, including having inadequate guards around the beltline and failure to conduct proper safety checks.

MSHA takes the issue of safety very seriously and provides rigorous procedures and standards that are assumed to be followed. At a time when many employers are proving not as reliable as they need to be in keeping workers safe from harm, inspectors must be harsh in their reviews. It is important that workers who fail to do their job and are risking the lives of others, are appropriately held accountable.

In addition to Federal check-ins, safety inspections are made by well-qualified and trained inspectors stationed in six branch offices and mine rescue stations throughout the Commonwealth by the Division of Mine Safety (DMS). These inspectors carry out and enforce Kentucky laws as specified by KRS 351 – 352 and associated regulations.

Inspections are meant to be proactive accident prevention measures used to identify hazards. Inspectors can be extra eyes and ears to report on the condition of equipment used and ensure safe working environments are established and enforced. When inspectors are not there, employers and its workers are ultimately responsible for following specific procedures and standards.

Revelation Energy has a reported 183 workplace safety or health and environmental violations totaling more than $3.5 million in penalties since 2000.

Rhoads & Rhoads is no stranger to representing Kentucky coal workers who have been injured, disabled, or killed on the job. In fact, in 1974 Jerry Rhoads started the law firm in Madisonville with the majority of the practice focusing on representing the United Mine Workers’ of America (UMWA) and its workers in injury and black lung claims throughout western Kentucky. While the firm now handles personal injury and worker wrongful death cases of all types, our experienced attorneys and their staff continue to help some of the state’s hardest working laborers – the Kentucky coal workers.

If you have been seriously injured or lost a loved one in a coal mining workplace accident, we want to help you. Call us at 888-709-9329 or contact us by e-mail to schedule an appointment.