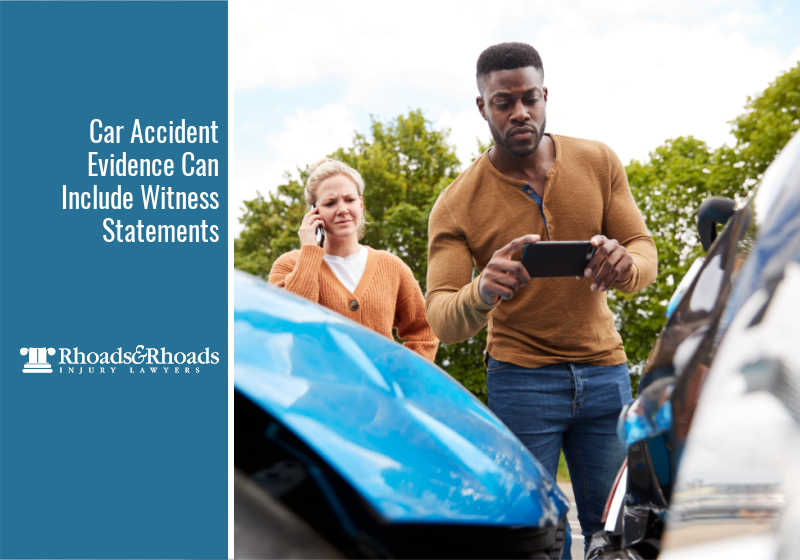 Identify Witnesses and Collect Statements After a Car Accident

Individuals who witness a car accident can serve an essential role in providing the evidence needed, so victims who are injured get justice and compensation is received for all damages. Accident witness observations may include what a person saw, heard, or the scene before, during, and after the crash. The witnesses might be a driver or passenger in a vehicle involved, a pedestrian, neighbors, nearby business employees or patrons, or motorists who were not involved but stopped at the scene to help. The details a witness can share will create a narrative of what happened and provide the who, when, why, and what involved, and how the crash was caused to help establish and prove fault.

If involved in an accident and able to connect with witnesses at the scene, a person can request the witness to provide written statements, including what they remember about the crash events, or if the party is willing, a conversation could be recorded using a smartphone. It’s best to collect witness statements at the scene or as soon as possible after, to present a transparent and credible report.

After being involved in an accident, the police should have been called and will gather witness statements to include in the accident report. And if the witness is willing, you may also request that information on your own in the form of writing or recorded video and talk with others on the scene. When the responses are factual, and not personal opinions or assumptions, this type of feedback can become reliable pieces of evidence in piecing together the accident timeline and proving negligence. These are a few sample questions that could help you understand what might be needed when looking for an unbiased statement from a witness.

Sometimes a witness says that they don’t want to get involved or make a statement on-the-record, but having their contact information will be helpful if needed at a hearing, a deposition, or to testify at trial in your defense. A Kentucky motor vehicle accident attorney will be the best person to help determine what information is needed and critical to present your case, including deciding if a witness’s statement or testimony will help. The information you collect may assist your injury attorneys in building a solid case.

Gathering motor vehicle accident evidence, including witness statements demonstrating what occurred and who may be at legal fault, generally leads to a fair settlement. Sometimes there may not have been witnesses at the scene of the crash who spoke with police, or an active investigation, or perhaps your injuries were so severe you were not able to reach out to others at the time of the accident, but you may be able to speak to witnesses included in the police report, or locate other witnesses by returning to the site of the crash.

Gathering evidence to demonstrate what occurred and who may be at fault can put you in a position to settle the case for its worth and help you carry on with a healthy recovery, without the stress of financial hardships or the need for a trial with your injury claim.

Rhoads & Rhoads has been protecting the rights of the injured throughout Western Kentucky for over four decades. Our attorneys can provide legal advice and help identify all the car accident evidence necessary, including witness statements, to present and win your case and get you the financial recovery you deserve. We offer free initial consultations, and all cases are taken on a contingency fee basis. This means there is no payment required upfront, and there is NO RISK involved. Call us at 888-709-9329 to schedule your free consultation today.

Also read: What to Do if You Witness a Hit and Run Accident